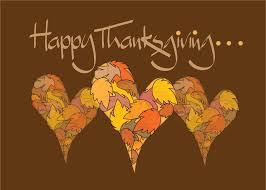 Thank you very much, world!

Thank you for a clever son, a funny brother, and a fiancé who tracks down unique recipes and whips them up for me! (Poblano Pepper Soup is my latest favorite.)

Thank you for sound health, reasonable intelligence, and a voracious curiosity that pushes me to experience nature, humanity, and culture through travel!

“Charlie Brown’s Thanksgiving” cartoons, Hallmark greeting cards, and pushy FaceBook messages like “Type yes if you are thankful for your family!” cover these obviously important aspects of life that I take for granted until the Poblano Pepper Soup is gone. (Then I’m re-thankful when Mike makes a second batch.)

Small things in life deserve a big thank you as well, or at least a nod in their direction. I have yet to view a cartoon special based upon the virtues of the Junk Mailbox feature of email or a greeting card advising to take a moment and appreciate Google Translate or a FaceBook message that urges “Type yes if you are thankful for your son’s girlfriend’s texting habit. “

I will fill that void.

Occasionally I survey the contents of my Junk Mailbox to see what I missed. (I understand that this defeats the purpose, but it’s like pawing through items a final time before listing them on eBay.) My last scrutiny confirmed that Junk Mail is aptly named. Countless methods to reduce crepe neck, a multitude of chances to meet suitors through Match and Senior People Meet, and myriad opportunities to borrow money through reverse mortgages abounded.

Since a scarf routinely camouflaged my crepe, I met my significant other almost a decade ago, and I’m not strapped for cash, all the messages were junk. Although I did find a plea from my neighbors that they were stranded in Latin America and needed a wire transfer of $5,000 to return home. They must have figured it out without my help because I saw them taking out the garbage last night. 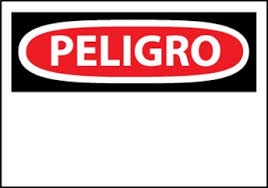 Peligro means danger, not puppy, in Spanish. Perrito is puppy. It’s important to know the
difference when you’re driving in Spain. Luckily we didn’t encounter danger or a puppy while cruising the White Hills of Southern Andalucía. When I found the translation in my Spanish phrase book, I suggested that Mike switch lanes.

Once to Arcos we dropped off our baggage at our rented townhome and parked the car in the public garage a mile away. Then we leisurely wandered through the quaint cobbled streets back to our accommodations stopping at sidewalk cafes along the way. Our host, who spoke less English than we did Spanish, showed us our rented abode, gestured meaningfully at various appliances, and retreated to her apartment next door.

I downloaded Google Translate, but hadn’t used it. Through pantomime and the phrase 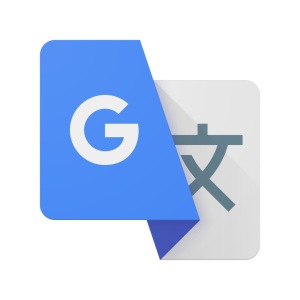 book we successfully visited churches, museums, and plazas for two days. The next morning we were scheduled to hike Chorro Gorge which was located several hours away. It wasn’t until that night we realized we needed to leave at 5 am to reach our destination on time, which included a mile trek along cobblestone streets pulling luggage uphill to the public garage.

We needed a taxi.

Only there weren’t any taxis or public transportation in the area of our townhome- especially at 5 am. Since I couldn’t pantomime over the phone, calling was out. Our plan was to ask our host to arrange for a cab.

Although it wasn’t easily said, as it turned out, it was easily done. “Could you please call a taxi and tell them to pick us up here at 5 am and drive us to the public garage that’s across the street from the grocery store?” isn’t in the phrase book. And even Marcel Marceau wouldn’t have been able to get THAT across with gestures.

I resorted to Google Translate, chose the English to Spanish option, and touched the microphone. The vocal line bounced in cadence as I spoke my request and out spilled several lines of written Spanish. I knocked on our host’s door, played back the translation, and waited. She nodded enthusiastically and bid us buenas noches.

We slept with our fingers crossed.

Packed and waiting in the predawn, neither of us had a hope. Then a few minutes to five headlight beams bounced off the buildings that lined the narrow streets. A cab wound its way up and whisked us along to our next adventure, which since we were walking along a gorge had a lot of PELIGRO signs.

Thank You, My Son’s Significant Other, For Your Texting Habits!

Before leaving for Portugal and Spain I thought it advisable to have a contact in the states that actually responded to text messages. I alerted my son to possible texts from overseas and asked his SO (Significant Other) who is a lawyer for permission to contact her if needed as well. That way if Mike and I drove too long in the Peligro lane and were thrown in jail we would have someone who would check his or her text and respond before we served out the full twenty-year sentence.

My son responds to my texts – eventually.

My son’s SO responds to my texts – a lot faster than eventually.

Mike, my SO, thinks it is a patient/impatient issue. What he means is that he thinks I’m not patient.

I think I’m plenty patient. We’ve been out of Poblano Pepper Soup for a week now, and I only asked him about it a dozen or so times.