After reviewing my Machu Picchu and Galapagos Island South American vacation posts on Facebook I realized that I left out a few details. Facebook Friends (and whomever or whatever gathers my data in sketchy manners) would surmise that hiking to the Sun Gate, snorkeling with sea turtles, cruising the islands, and sampling exotic cuisine comprised a seamless exciting adventurous holiday.

Seamless? No way! At times this exciting adventurous holiday came apart at the seams.

The Sun Gate, once the main entrance to Machu Picchu, is also knows as Inti Punku. Since I wimped out of hiking and camping the classic four day Inca Trail trek I figured I’d give the four hour Sun Gate Trek a shot.

How tough could it be?

My FB documented breathtaking views . . . and they literally were. 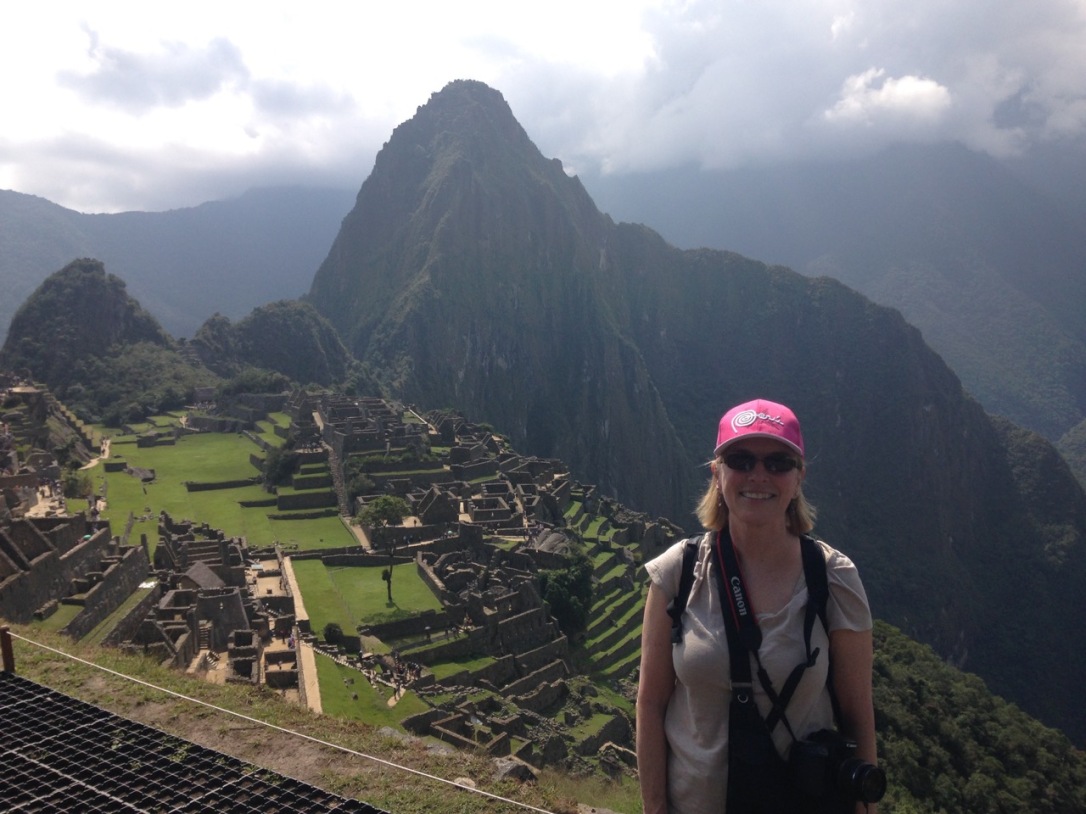 I picked my way along the unstable rocky path nursing a previously bruised right foot. I paused to witness the astounding panoramic scenery compliments of nature and ancient Incans. However, mainly I observed my boots as I carefully found footholds. Being a  flatlander in serious altitude as well the surroundings resulted in the taking of my breath. 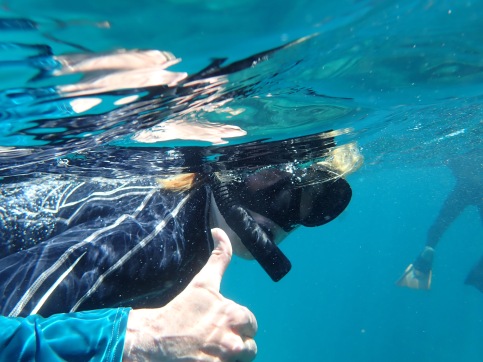 As a novice snorkeler and an even less experienced underwater photographer I captured a few of these images by sheer luck. My vision of carefully composing a well balanced National Geographic quality image vanished with my first dive. Without glasses and the lack of light most of my photos were reminiscent of the ultrasound fetus images of my son Jack, thirty years or so ago.

Seven days touring the west, central and east Galapagos Islands aboard the twenty passenger Monserrat wasn’t as I anticipated. Cocktails on deck and post snorkeling relaxation suggested cruise wear to me. So I packed a smart sundress and sarong thinking they’d add a dash of style to my high seas wardrobe.

The minuscule cabin became more cramped due to my steamer trunk sized baggage. Opening my suitcase involved removing Mike’s luggage from atop mine, heaving it into the middle of the two square feet of open floor, and wrestling mine onto the bed. (This sequence could only be performed if no one needed to use the bathroom because the suitcase on the floor blocked entry and exit to the toilet.) 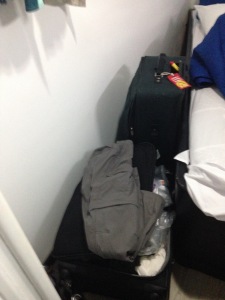 The difficulty of unearthing a particular ensemble outweighed my desire to make a fashion statement. Towards the last days of cruising I chose my wardrobe the way Jack, my son, chose his outfits in middle school. I smelled the t-shirts strewn around the cabin. If I didn’t keel over from the odor, I wore it. The sarong never made it out of the case.

Food is one way of understanding a culture. I passed on the roasted Guinea pig, a Peruvian delicacy. The alpaca skewers seemed a safer choice. (I also never owned a pet alpaca.) I enjoyed the mild tasty flavor on the way in- on the way out, not so much.

Within hours of dining, vomiting and diarrhea erupted simultaneously and continued throughout the night and the next morning. (An Australian fellow traveler dubbed it a “double ender.”)  Concerned that a “double ender” would strike the next afternoon while traversing the country via train and bus, I searched the local pharmacy for adult diapers- a new low for me. I didn’t think I’d need them for at least another twenty years. None were to be found. Instead, I loaded up on Imodium and crossed my fingers (and legs).

Although I returned to Cusco without embarrassing incident, I lost three vacation days taming my bodily fluids into submission.

Now you know this is a true account because you reread it on the Internet!