At least I am most of the time.

Although I was a placard carrying chanter at last year’s Women’s March in Chicago, I sat out the 2018 event. I could site fears of random violence such as the Las Vegas shooting tragedy, but that’s not what kept me away.

Tired of practices that harm the environment? Yes

Participating in the Women’s March would have given voice to my concerns, but I was literally tired. I’d worked long hours all week and attending a rally was more work, worthwhile work, but work all the same.

The thought of boarding the Metra to Chicago (last year it passed by my stop) or driving into Chicago (luckily the driver found parking) and waiting to begin the march (I couldn’t hear the speakers from where I stood) exhausted me.

I bailed. I slept in. I drank coffee. I felt guilty.

“I will run for office and strive to make the world a better place.”

Last year one of those placards must have bopped me in the head causing the common sense portion of my brain to temporarily malfunction when I seriously considered that one.

Voting qualified as the most political action I’ve ever taken.

“I will run for office . . .” morphed to “I will work for candidates who are running for office.”

What offices? Who’s running? What causes do they support? I asked myself and came up empty.

“I will work for candidates . . .” changed to “I will become informed about issues that are important to me.”

This one I nailed!

“I will save the environment!”

By osmosis the collective energy of the 250,000 marchers seeped through my skin. With an I-will-safeguard-the-environment attitude I signed petitions and emailed congressmen.

Most of the National Parks Advisory Board resigned in protest because Interior Secretary Ryan Zinke refused to meet with them. I’m guessing that Zinke hasn’t read any of my emails. 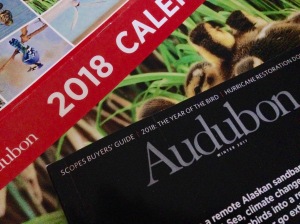 I joined the local Audubon Society and planted milkweed in my yard for a monarch butterfly respite.

2 thoughts on “Sitting Out The Women’s March”