Varying from my practice of refrigerating tomatoes, led to interesting late night observations.

While surfing the WEB I read an article that tomatoes should never be stored in the frig. Since the Internet advised it, it HAD to be true! So after shopping one evening, I left the beefsteak, on the vine, cherry, and grape tomatoes on the counter.

Tucked in bed and focused on finishing my book club’s latest pick, a suspicious murmuring from downstairs distracted me. I crept down the steps and spied the most unusual tomato activity. To me ANY tomato activity is unusual, as I believed them to be passive produce. However that is NOT true, and I have photographic evidence!

Keeping my wits about me, I stayed in the shadows, and recorded my observations. After analyzing my notes I detected a pattern of behavior that supported specific tomato traits. Following is my detailed Tomato Trait Report.

Murmuring emitted from a cluster of vine tomatoes. I caught enough of the conversation to deduce that they spoke unkindly about one of their own. In all fairness, it appeared that the grapes instigated the blather. (One seedless green claimed she heard it through the grapevine.)

Vanity provoked the gossip. No one likes conceit and this one thought that she was one hot tomato. 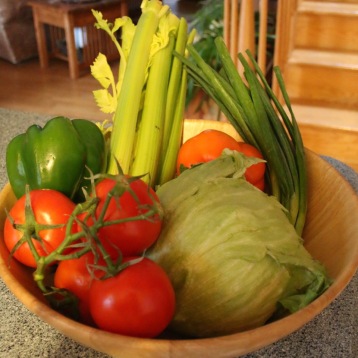 Following a heated “tomayto-tomahta”debate, came the fruit or vegetable question. The grape and cherry tomatoes favored mingling with the apples and bananas, whereas on the vine cozied up to the lettuce. Beefsteak identified with protein who didn’t think of him as his peer. 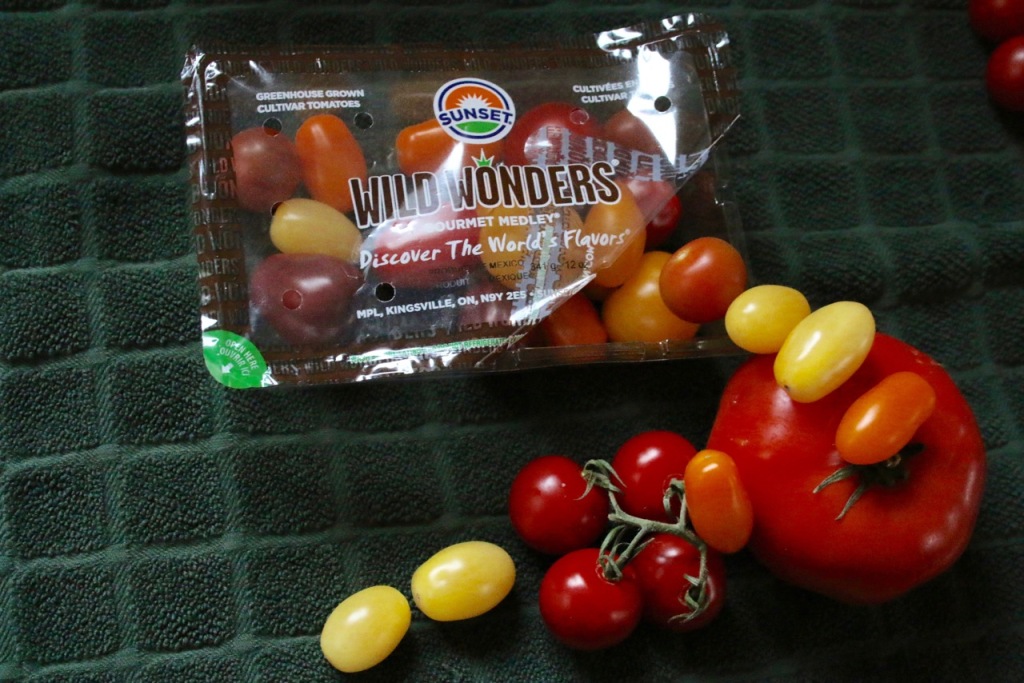 The wild tomatoes, restless in their confinement, staged an escape. Beefsteak and cherry aided them.

The movie review site “Rotten Tomatoes” is a collaboration of many tomato varieties. 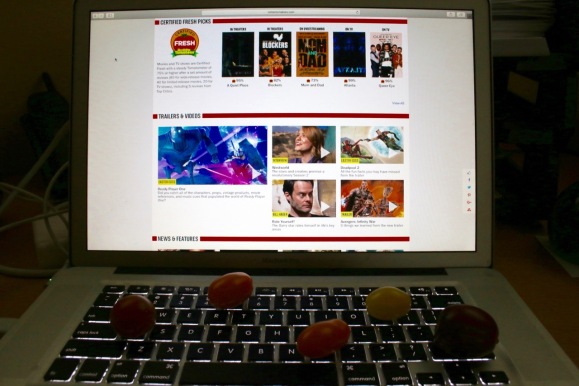 Grape tomatoes, in coordination, typed in the film reviews. Following the age-old practice of showing disappointment in a performance, they flung themselves at trailers of poorly rated movies. 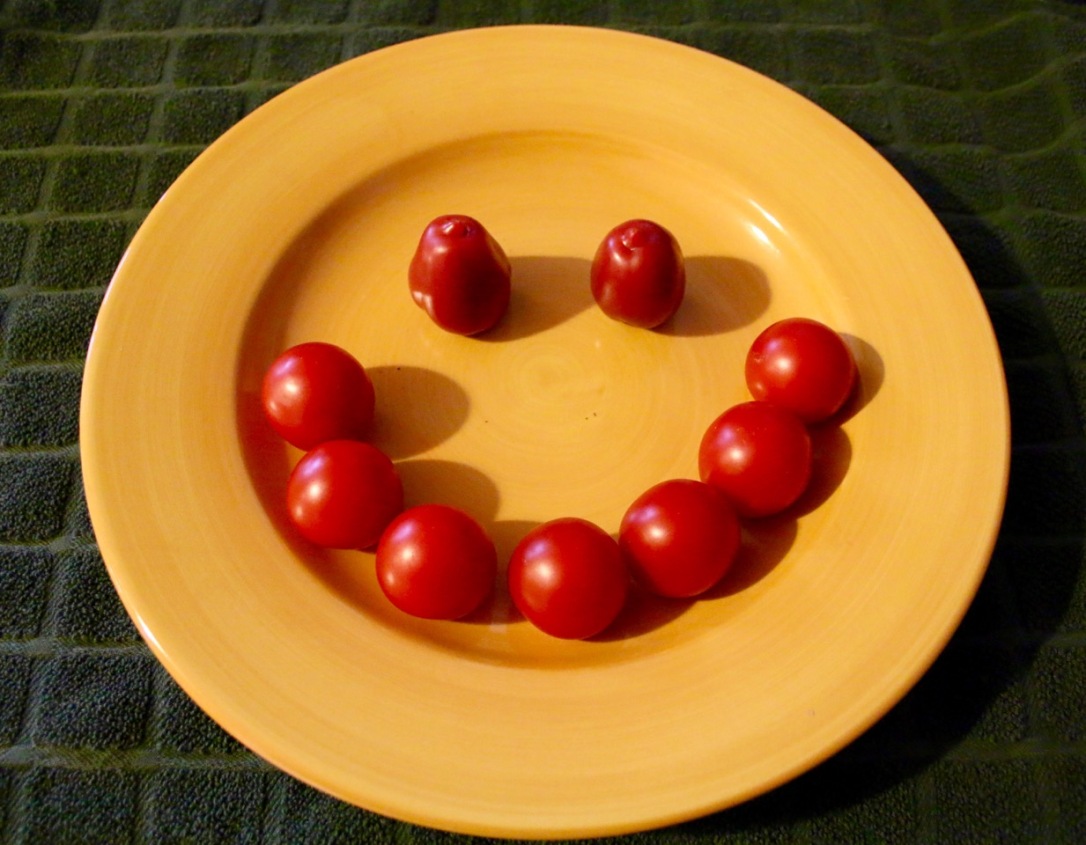 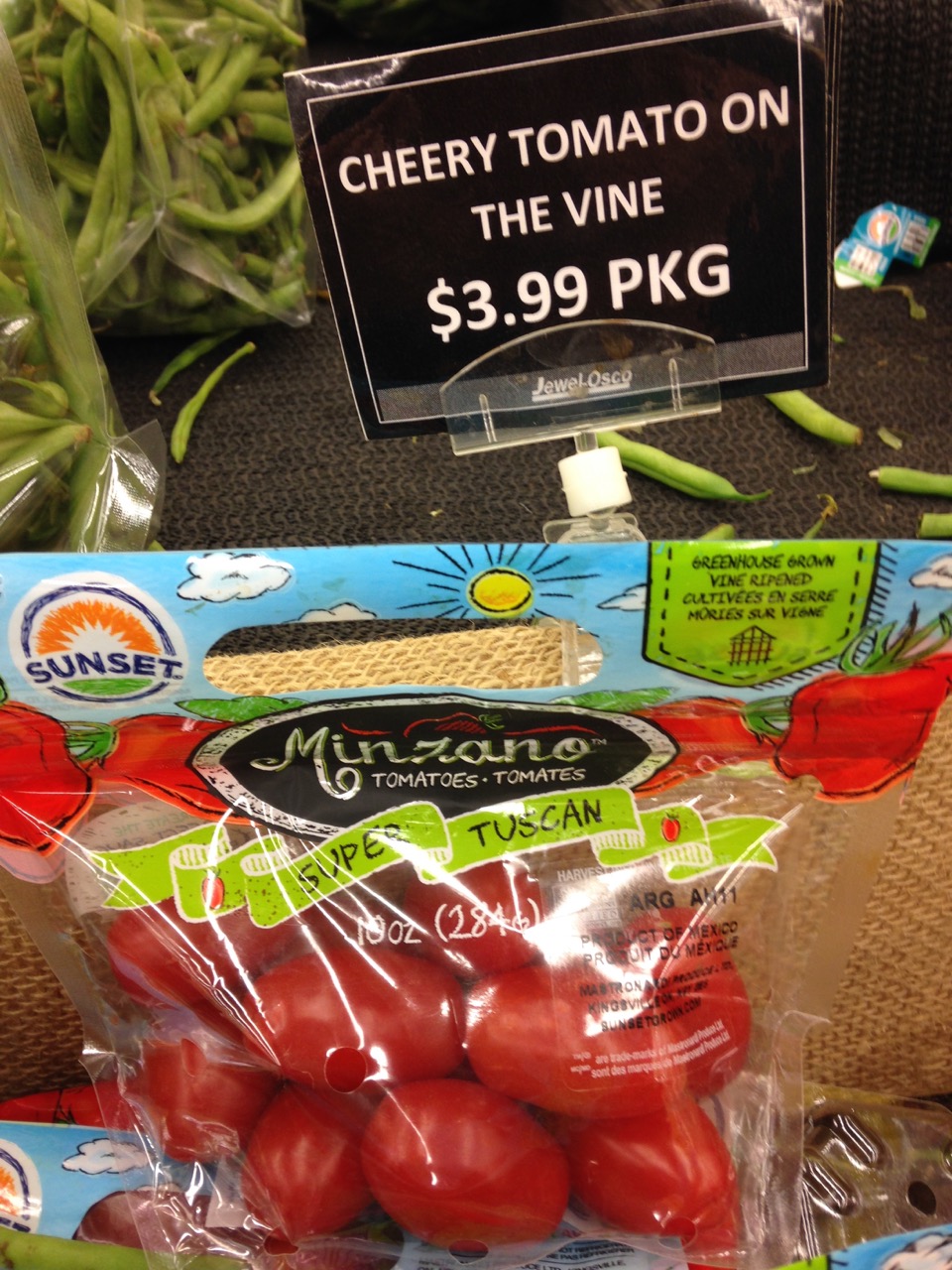 Not wanting to be called a fraud, I hesitated to share my remarkable findings. It was a sign that changed my mind. Apparently I’m not the only one who observed the good nature of tomatoes. If this Jewel produce worker was brave enough to state publicly what he believed to be true about tomato traits, so am I!

2 thoughts on “The Nonsense Chronicles: Spying On Tomatoes”