As a goal-setting enthusiast, the New Year  is the ultimate setting of goals event. 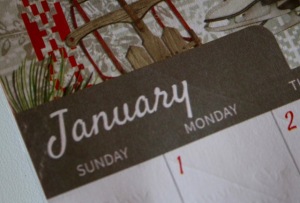 In fanatic-like behavior I impose my goal-setting beliefs on anyone who will listen, those who only listen politely, and those who specifically state, “I don’t set New Year Resolutions. I don’t want to hear about it.” (I think it was Mike, my Significant Other, who said that.)

I relish sorting out the pros and cons and neutrals of the past year.

Then devising a plan to nudge neutrals into pros and rein in the cons.

The first step in goal-setting is finding a goal.

My advice is to ignore any online suggestions for a resolution. Create one yourself more challenging than taking a bath. I’m sure your SO (Significant Other) could propose one. Now that I think of it, that may have been what I was doing when Mike said, “I don’t set New Year Resolutions. I don’t want to hear about it.”

The next step is to write the goal statement.

There’s a plethora of surveys, time management sheets, and weekly planners to aid in writing a goal statement. By the time I waded through the sites, printed sheaves of flow charts, and sorted through rows of transitive verbs to find the most empowering, I had lost interest.

A suggestion that I skimmed from a long lost article is to distill your resolution to one word. I’ve done that for the last three years and it works. (If it doesn’t work for you at least you haven’t wasted much time.)

“Health” helped me to shed 30 pounds. (A prediabetes diagnosis was also a motivating factor. Nothing like the threat of losing limbs and eyesight to encourage passing on desserts.) 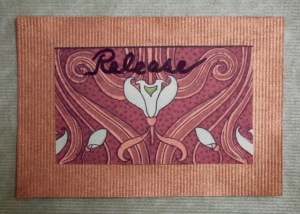 My last word for 2017, “Release,” encouraged me to let things go literally and figuratively. (I let go of the stuff in my overstuffed garage through EBay and Craigslist. However, I tried and failed at letting go of making the bed every morning. Am I the only one who does this?) 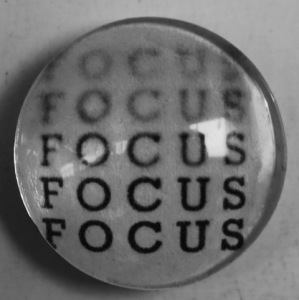 “Focus” is 2018’s mantra. I chose this because owning a quality camera doesn’t create a quality photographer. The gauges and meters and menus on my Canon EOS 70D would test SpaceX engineers’ skills. Focus means to make an effort on, well, focusing among other aspects of photography.

I suggest keeping your goal short and to the point. A one word imperative sentence like: Look! Stop! Run! Bathe! (No, don’t use that last one!)

Actually working toward your goal is the most important step.

Techcrunch.com suggests downloading Apps to help keep you on track to achieve your goal. You name your goal, there’s an App for it. I know because I downloaded Apps for Carb Counting, Calorie Calculating, and Workout Tracking.

My experience with App tracking is that most helped, but fell short. It wasn’t until I texted my two friends with requests to check my daily progress, did I reach my goal. I was publicly accountable.

My recommendation for achieving your goal is to ask a friend to monitor your progress. For the thick skinned, asking a frenemy to keep tabs would be especially motivating.

Megan Marckel, Prince Harry’s fiancé, stated in her former blog, that she wasn’t making New Year’s Resolutions anymore because she never kept them. (Then she wrote that she was simply going to “Make room for magic” which sounds like a goal to me.) A few months later, she met her prince.

The good thing about goal-setting is that once you accomplish what you set out to do, there’s always another one to take its place.

The bad thing about goal-setting is that once you accomplish what you set out to do, there’s always another one to take its place.

Join 248 other followers
All work on this site is copyrighted and cannot be reprinted without express consent of Anita. Just ask first, okay?
Loading Comments...
%d bloggers like this: